Posted by Adriana Barton in : News and Announcements
Source: The Globe and Mail

In today's golden age of cancer research, experimental therapies are curing tough-to-treat cancers like never before. But a child's chances of receiving a potentially life-saving treatment may depend on whether he or she lives in the province where a clinical trial is taking place.

A group of advocates for pediatric cancer patients have made it their mission to change that. Their proposal to Health Canada, released Thursday, calls for $15-million in funding over five years to cover out-of-province medical costs associated with clinical trials for children, adolescents and young adults with cancer.

In Canada, the majority of clinical trials involving pediatric patients take place in Toronto, followed by Montreal and Vancouver.

"I want Canadian children to have fair access to trials and treatments, no matter where they live in Canada or how much money their families have," said Helena Kirk, a 12-year-old leukemia survivor who helped spearhead the proposal with support from cancer organizations, pediatric oncologists and researchers across the country.

The call to action also urges Health Canada to create a working group and meet with researchers and advocates to address issues in the health-care system that affect young Canadians with cancer.

Each year, about 3,800 Canadian children, adolescents and young adults are diagnosed with cancer. Standard treatments can cure roughly 80 per cent of pediatric patients, according to one of the signatories of the proposal, Meredith Irwin, a staff oncologist at the Hospital for Sick Children in Toronto. But the remaining 20 per cent, who suffer from recurrent metastatic cancers, have a dismal prognosis, she said. "Very few of them survive."

Clinical trials involving children and adolescents often use treatments already approved for use in adults, Dr. Irwin said. These treatments are considered experimental "simply because they have never been used in children," she said, "but there might actually be a way better rationale to use them than to do the same chemo we've been using since Terry Fox got treated."

Each province has a committee that reviews requests for out-of-province treatments and procedures, such as organ transplants, said David Eisenstat, a pediatric hematologist-oncologist and chair of oncology at the University of Alberta in Edmonton. "But as soon as you label the treatment as a clinical trial, or Phase 1 or Phase 2, then that's considered experimental – and the provinces will not pay."

Ideally, provinces would develop guidelines to evaluate coverage for medical expenses associated with out-of-province clinical trials case by case, based on measures such as patient safety, cost and potential benefit, Dr. Eisenstat said.

Helena, the young advocate, said she decided to make access to clinical trials her top priority after teaming up with Ac2orn, a national advocacy group focusing on children, adolescents and young adults with cancer. The organization surveyed researchers and pediatric oncologists across Canada to identify measures that would save the most lives.

"We've got this chasm," said Patrick Sullivan, a Vancouver litigator and chairman of Ac2orn, whose son Finn died at the age of 3 from an aggressive cancer of the skeletal and muscle tissues called rhabdomyosarcoma. Oncologists are making breakthroughs in cancer care using Canadian tax dollars as well as pharmaceutical funding, "and we're not going to be able to get it to our kids [fast enough]."

Health Canada noted in a statement that it has approved more than 100 clinical trials for pediatric cancers over the past five years. The department said it will review the Ac2orn proposal once it is received, "and provide a response within the scope of its mandate." Provincial and territorial governments "are responsible for the management, organization and delivery of health-care services for their residents," the statement added.

Helena has already discussed the need for streamlined access to clinical trials in meetings with Prime Minister Justin Trudeau and Health Minister Ginette Petitpas Taylor. Both applauded her efforts, but made no promises, she said.

Helena went through 841 days of chemotherapy after she was diagnosed at the age of 3 with a blood cancer called acute lymphoblastic leukemia. She went into remission at 8, but has lost at least 10 friends to cancer, she said. "I don't want to lose more."

One of Helena's friends is in remission after receiving an experimental form of immunotherapy called CAR T-cell therapy, which enlists a patient's immune system to attack tumors, she said. Another friend will find out her results from the same therapy next week. "But my friends in other provinces – they wouldn't be able to get certain treatments that could save their lives." 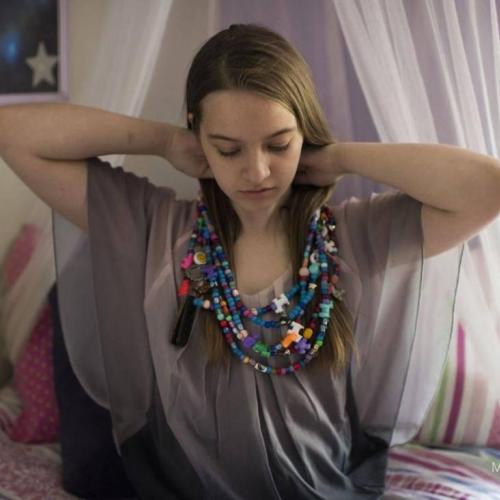