The 2017 Michael Cuccione Foundation 'Kick for a Cure' proved to be an awesome event again this year raising over $160,000!

The 2017 Michael Cuccione Foundation 'Kick for a Cure' proved to be an awesome event again this year raising over $160,000! The continued support from partners Alfredo Valente & Sara Maglio from Coquitlam Metro Ford, the Vancouver Whitecaps FC and Nuvin Runghen made for a perfect day for the thousands of people that participated. Thank you to Steve Darling, Co-host Sportsnet 650 Morning Show who added his own special touch as MC and participated in the soccer tournament for the sixth year in a row.

Caanadian Tire was out in full force offering fun for all the kids at the Canadian Tire Jumpstart Fun Zone.  Their generous supply of toys made it like Christmas in July for the kids!! Thank you to all the volunteers and Canadian Tire staff that make this a highlight every year.

The kids enjoyed a soccer clinic and an invitational tournament conducted by Alfredo and Giovanni Valente from the Coquitlam Metro Ford Soccer Club and had a blast with Canadian Soccer Legend Carl Valentine. Thank you to all the children and families for their participation and pledges.

The onstage highlight of the day was an update from Dr. James Lim, Scientist from the Michael Cuccione Childhood Cancer Research Program. Bob Lenarduzzi, President of the Vancouver Whitecaps Football Club was also on hand. 2 Scoops Productions DJ provided entertainment throughout the day playing traditional favourites and classic hits.

Congratulations to the Methanex Champions for bringing in the most donations for six years in a row with a total of $85,000 this year. Kudos as well to the Team Sheppys's Sheep for raising over $10,000 with a successful burger/beer night and a beer pong tournament.

Thank you to our Field Sponsor, Immix Group, and Vancity for counting and depositing the money from the day's events. The co-ed adult soccer tournament went strong all day accompanied by perfect weather. The beer garden hosted by The Rivers Reach Pub was open to all family members this year and Molson Canadian generously donated all the beer. Brown's Social Club went above and beyond supplying burgers for the day, Golden Boot was there for the pasta lovers and Cannoli King offered sumptuous fresh cannoli.

We thank everyone for your heartfelt participation and continued support and we look forward to seeing you there next year on July 21, 2018. 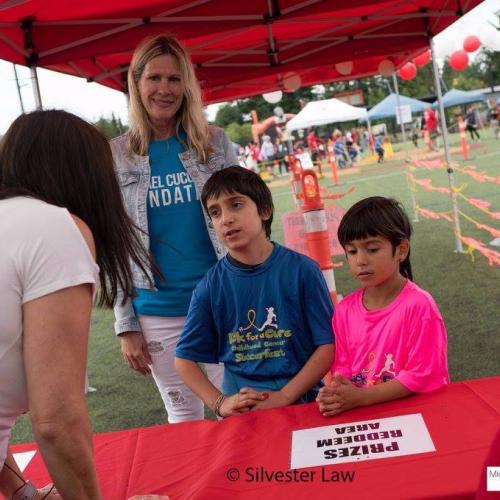